THE VALUE OF PEATLANDS

Professor Robert Costanza is an American/Australian ecological economist. He is currently a Vice-Chancellor’s Chair in Public Policy at the Crawford School of Public Policy at the Australian National University. He is also a Senior Fellow at the Stockholm Resilience Centre in Stockholm, Sweden, an Affiliate Fellow at the Gund Institute at the University of Vermont, and a deTao Master of Ecological Economics at the deTao Masters Academy in Shanghai, China. He is a Fellow in the Academy of Social Sciences in Australia (ASSA) and the Royal Society of Arts (RSA) in the UK, and is an Overseas Expert in the Chinese Academy of Sciences (CAS). 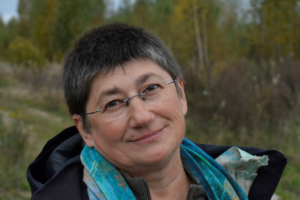 ECOSYSTEM SERVICES OF PEATLANDS GLOBALLY IN A REGIONAL CONTEXT

Consultant for scientific ecosystem restoration, peat and wetlands conservation and climate change adaptation. Founder of the consultancy “Care for Ecosystems” and an Associated Expert of Wetlands International.

Tatiana got her Masters degree at the chair of Geobotany of the Biological Faculty of the Lomonosov Moscow University (1988) and carried out her PhD study under the supervision of Dr Marina Botch (H) in the Komarov Botanical Institue in St. Petersburg, Russia.

For a decade Tatiana worked as a researcher in the Central Forest Biosphere Nature Reserve in Russia with a focus on peatlands vegetation, biodiversity and paleoecology. In parallel, she was cooperating with local authorities on conservation and wise use of peatlands. Since 1999 conservation became her main focus while working with WWF Russia, Wetlands International Russia and The Ministry of Nature Resources and Environment of the Russian Federation with a focus on international cooperation.

From 2010 onwards, Tatiana worked at the Wetlands International Global Office in the Netherlands and later led the consultancy Care for Ecosystems based in Saxonia, Germany. She is cooperating with Wetlands International, UN Environment, the Ramsar Secretariat, BfN Germany, Duena-Greifswald (Germany), Ethnoexpert (Latvia) and research organisations in Russia – the Institute of Forest Science of RAS,  the Russian-Mongolian expedition of the Severtsov Institute RAS and the Yugra State University.

She was involved in peatlands studies and conservation globally through international conventions and in particular in Russia, including the Russian Arctic and Russian Far East, Mongolia, China, Canada (Alberta) and the Nile Basing countries in Africa.

Tatiana is member of the Main Board of the International Mire Conservation Group (IMCG), the Supervisory Board of the Greifswald Mire Center (Germany), the Global Peatland Initiative and IG Moorschutz (Austria), the Society of Ecological Restoration and the Mire Group of the Russian Botanical Society.

Tatiana was involved in the activities of the International Peatland Society (IPS) for the first time during the International Peat Congress held in Leningrad in 1988. Since 1996 Tatiana is an individual member of IPS participating in all Peat Congresses, contributing discussions in working groups, as well as in the joint activities between IPS and IMCG for the development of peatland related resolutions of the Ramsar Convention on Wetlands and the assessment of their implementation.

Nina Kinnunen is a Director for Sustainability, Brand and Communications at Kekkilä-BVB, the leading horticultural company in Europe and a Coordinator for IPS’s Peat for Growing Media expert group. She is responsible for the sustainability roadmap of Kekkilä-BVB, where the target is to become a net positive company by 2030, which means giving more to the world than taking from it. 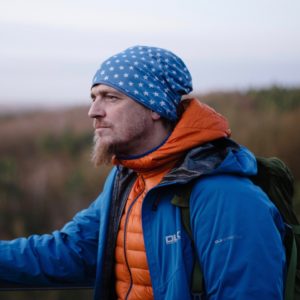 After studying land management and conservation of the environment at the University of Rostock, Gerald got a PhD in biogeography at Bayreuth University.

Since 2007 he is working at the Landscape Ecology group of the University of Rostock.

From 2014 to 2017 he acted as head of the group. His research focuses on spatial-temporal patterns of vegetation and their drivers as well as on carbon dynamics in natural and managed ecosystems.

During the last decade he mainly addressed GHG exchange and vegetation dynamics in rewetted peatlands and carbon storage in managed forests in his research.

Gerald Jurasinski is involved in a number of inter-disciplinary large-scale research projects addressing the functioning of low-lying coastal peatlands and temperate fen peatlands.

Professor emeritus Jaanus Paal started his scientific career in 1975-1983 as senior research fellow in Kivach Nature Reserve (Russian Karelia), continuing (1983-1986) as head of Tooma Bog Station (Jõgeva district, Estonia). In 1984 he defended PhD theses “Discontinuity and continuum of the middle taiga vegetation on example of the vegetation of Kivach Nature Reserve”, prepared in the Komarov Botanical Institute in St. Petersburg under the supervision of Dr. Vladislav Vasilevitch. In years 1986-1992 was employed at the Institute of Zoology and Botany, Estonian Academy of Sciences as senior research fellow, head of the Department of Botany and Mycology, vice director.

From 1992 till 2002 he worked at the University of Tartu as professor of botany, in 2002-2014 as professor extraordinarius and senior research fellow. From 2014 retired as professor emeritus. In 2016-2019 was engaged as habitats key expert in the EU project “Implementation of Natura 2000 network in Montenegro”.

Member of the Estonian Naturalists’ Society, International Mire Conservation Group and Mires Roundtable at the Estonian Ministry of Environment. Line Rochefort is a professor in the Department of Plant Sciences at Université Laval (Québec, Canada) since 1991. She graduated in Biology from Université Laval (B.Sc. 1984) with a specialization in plant ecology, from the University of Alberta (M.Sc. 1987) and from the University of Cambridge in the United Kingdom (1992, Ph.D.). She has been a visiting scholar at Harvard University, USA (8 months), University of Helsinki, Finland (1 year), and Cornell University, USA (1 year). Line Rochefort is the leader in peatland ecological restoration in Canada and one of the world’s pioneers in this field. She has more than 150 peer-reviewed scientific papers to her credit. She is the national correspondent for Canada for the Scientific and Technical Review Panel (STRP) of the Ramsar Convention since April 2019.

Line Rochefort founded in 1992-1993 the Peatland Ecology Research Group (PERG; GRET in French). This group brings together researchers from several universities, industrial partners and federal and provincial government agencies, creating a fertile and stimulating field of exchange for students and researchers. Line Rochefort has been the instigator of a new field of research in Canada’s peat industry, namely the development of peatland restoration techniques after peat extraction. She has conducted research in all provinces and territories across Canada with the exception of the Yukon and Prince Edward Island. Her professional and academic career led her to visit and evaluate, as an expert, a wide range of wetland restoration projects in more than 40 countries. Sphagnum peatland restoration is now used not only in North America, but also in South America, Japan, Australia and Europe. Line Rochefort is also the instigator of Sphagnum farming projects in Canada.

From 2003 to 2018, Ms. Rochefort has worked closely with the Canadian peat industry as the NSERC Industrial Chair in Peatland Management. Since 2010, wetland restoration types and approaches have diversified to include fens, peatlands degraded by mineral-based road construction, winter roads, drill rigs for oil sands and seismic lines.

Research by Line Rochefort and PERG addresses a very important social problem, namely the need to protect natural resources and ensure integrated management of peatlands for the benefit of future generations. Jan is a wetland ecologist who graduated in landscape ecology at Mendel’s University Brno (CZ). After completing his PhD study on the restoration of degraded peatlands at the Technical University of Munich (TUM), he continued and guided peatland research at the Chair of Vegetation Ecology at TUM for another eight years. While continuing a close scientific collaboration with TU Munich in wetland research, he decided in 2006 to exploit his academic experience in applied and practical ecological restoration: For the past 15 years, he has been working mainly as a senior expert of the NEEMO EEIG group in monitoring of conservation and restoration projects funded by the EU LIFE programme. His focus remains wetland ecology and peatland restoration, although the monitoring of a broad variety of LIFE nature and climate projects provides continuously new challenges and experiences in all areas of ecological restoration.